Lower eligibility due to demonetization

Banks typically lend upto 70 percent of the value of property as loan against property. The ratio is higher for residential properties and lower (50-60%) for commercial and industrial properties. It is widely expected that demonetization of large denomination notes (Rs. 1,000 and Rs. 500) will reduce supply of money to property markets and result in drop in prices and MyLoanCare estimates a 20-30% drop in prices as below. Even though the actual impact on property prices may be known only over the next 3 month to a year, it is likely that in the interim period, bank valuers (agencies appointed by banks to value property for giving a loan) will assign lower values to property in order to play safe.

It is widely expected that the lending rates of banks will decline in the coming months. At MyLoanCare, we believe that a 100 to 150 bps or (1.0 – 1.5%) reduction in bank rates over the next 3 – 12 months is likely. However, we are not sure if banks would be able to pass on the entire benefit of reduced rates to loan against property customers. Almost 90 percent of loans against property are availed by businessmen and self-employed professionals, both of whom have significant dependence on the cash economy. Cash flow squeeze and reorientation of business models will mean slippages in loan servicing and delays in payment of EMI’s in some cases. This would result in banks having to recognize higher NPA’s and provide for higher risk weight on loan against property portfolio.

Thus, even if the overall interest rates will decline, it remains to be seen how much of the reduction will get passed on to the property loans advanced by banks. Even existing borrowers may find it slightly difficult to refinance loans at lower rates due to lower property prices.

Higher demand for loans from traders and businessmen

Many small traders and businessmen used to fund their working capital requirements using either the liquid unaccounted cash they had or borrowing cash from informal sources. With demonetization, this cash has been rendered useless. Even if it is declared, the income tax levy would reduce the available amount by at least half. Thus, traders and businessmen would need to access organized sources of capital like banks and NBFC’s. As most of the people in this segment own properties, they would look to opt for loans against property as a cost effective means of meeting their fund requirements.
This heightened demand for mortgage loans would provide banks an opportunity to maintain or grow interest margin on loan against property.

Banks and NBFC’s may tighten norms; surrogate and liquid income products may be reworked

It is well known that many small businesses used to under report their actual turnover and profits in order to pay less tax. Some banks and NBFC’s have been lending against property to businessmen using surrogate income products like income multiplier, gross margin product, industry margin surrogate and banking surrogate. These products typically allowed banks to lend more than what they would have been able to lend on the basis of borrowers’ books of accounts. Such loan accounts are at higher risk of turning NPA. Further, a decline in property prices coupled with inability to sell mortgaged property in current market conditions will make recovery difficult in such cases. Banks that used to lend only based on conventional or vanilla income based products are unlikely to face this asset quality pressure.
MyLoanCare expects banks and NBFC’s to tackle this issue at two levels. First, banks are likely to closely monitor existing customers to whom they advanced loans using surrogate and liquid income products. Second, lenders will tweak their products to reduce the dependence on surrogates as most of the transactions are expected to move to books in coming months.

Here is an illustration by MyLoanCare to help understand how the government’s demonetization move is expected to impact eligibility for loan against property combining the impact of lower property prices, lower interest rates and discontinuation of surrogate products.

So, in summary MyLoanCare expects that loan against property will be in greater demand in coming days but customers will need to accept lower property valuations. Banks may also insist on additional security or collateral in order to protect their principal. To calculate your eligibility online, use MyLoaCare Loan Eligibility Calculator.

Interested in knowing more? Write to us at care@myloancare.in 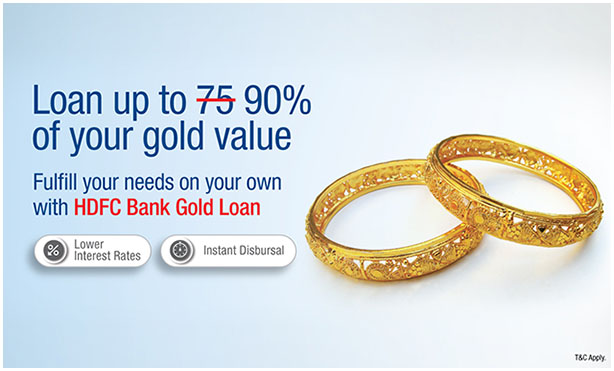